Located near the border of Italy, the coastal city of Menton boasts beautiful pastel colored buildings, quaint cobblestone streets and fabulous sea views. If visiting the South of France, the historic city makes a great day trip from Nice.

A bit of history – in 1346, Menton was purchased by Prince Charles Grimaldi.  It remained part of Monaco for just over 500 years before being annexed to France and becoming part of the Alpes Maritimes department.  In the late 1800’s, Menton was a famed health resort. British families flocked to the city to spend their winters soaking up the warm Mediterranean sun.  Today, it’s easy to see this why the city was a draw for the Prince of Monaco and northern Europeans.  Wandering the old streets, visitors will  be transported back in time. Looking up at Basilica St. Michel 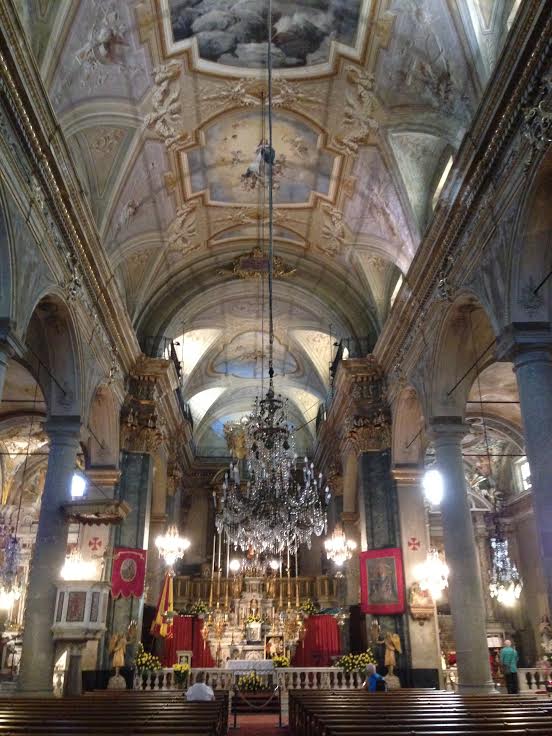 Follow the narrow, cobbled streets as you climb through the Old Town. The dark alleys are spotted with bursts of greenery & fragrant flowers around every corner.

The Basilica St. Michel was built in 1619 at the direction of Prince Honoré II of Monaco, but was completely restored in 1887.  The ornate architecture, frescos and imposing altar make it well worth a visit.   The Basilica isn’t open all day, so check the opening times, as it varies by season.

Next to the Basilica is La Chapelle des Pénitents Blancs or The Chapel of the Immaculate Conception, which was built in the 1680’s on the grounds outside the walls of the medieval city.   The beautiful altars and unique red walls inside the chapel are worth a look.

View from the cemetery Keep climbing to the Cimetière du Vieux Château for unparalleled views of the city, port, sea and Italy.   Many Russian and British aristocrats are buried in this terraced cemetery.  Just be prepared to walk up the steep streets of the Old Town.  Once you see the views, you’ll be glad you made the climb.

Art enthusiasts will appreciate a visit to the Musee Jean Cocteau Collection Severin Wunderman. At the base of the Old Town is the futuristic building housing the Jean Cocteau Museum.  It’s the perfect space to view the eclectic works of Jean Cocteau- artist, writer and film-maker. 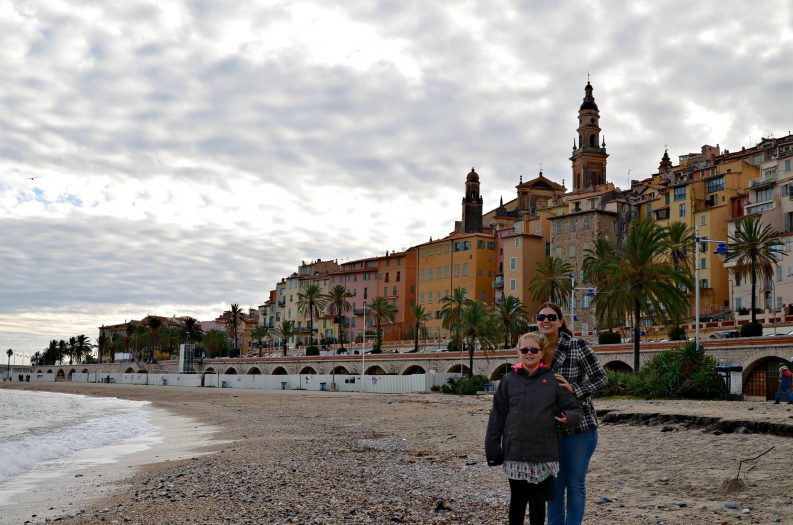 Girls on the beach Walk around the Le Vieux Port or Old Port to admire the colorful buildings of Old Town and watch the boats navigate the harbor.

While at the port, stop by the Bastion Museum, the 17th-century fort in the harbor wall with it’s stone mosaics, restored and decorated by Jean Cocteau.  You’ll see drawings, watercolors, tapestries, ceramics and more within the museum.

From here, take the walkway along the outer wall leading to the lighthouse.  This is a great spot to take some pictures and photograph the village from a different angle and perspective. Walk along the sea on the Promenade du Soleil, soaking up the sun just as visitors have for hundreds of years.  You’ll find restaurants and shops to pop into when you need a break from the sunshine.

The beaches of Menton range from pebbled to sandy, with both public and private beaches waiting for sun worshippers to spend the afternoon.   Even if you don’t want to swim or sunbathe, spend some time strolling the shore or enjoy lunch by the water.

Les Jardins Boives is located in the center of Menton near the train station and casino. The garden boasts flowers and fountains making it a nice spot to take a break and people watch – a favorite French pastime.

In Menton, citrus is king.   You’ll find Limoncello, lemon-scented soaps, candied lemon peel and lemon infused olive oil.  Any of these finds will make great gifts or treats for yourself.

Hungry?  There are many restaurants in Menton to grab a quick bite or to sit and enjoy a relaxing meal.  One recommendation is the 2-star Michelin restaurant, Mirazur.  I haven’t eaten here, but friends have raved about it. The best value for your money would be the 55€ weekday lunch menu. Reservations are advised. How to get from Nice to Menton:

The quickest way to get from Nice to Menton is by train. The regional TER takes just over 30 minutes and costs around 4€ per adult and 2.10€ per child, aged 11 and under.  Get off at the stop after Monaco, at the Menton station.  This is the last stop before Italy.

Bus 100 – The bus from Nice to Menton takes anywhere from 1 hour to 1.5 hours, depending on the time of day. The cost is 1.50€ per person. Tickets can be purchased on the bus from the driver. This is the same bus that you can take to Monaco.  If you suffer from motion sickness, consider taking the train or be sure to sit at the front of the double bus, where you won’t feel as much movement.

The village of Menton has plenty of activities to offer travelers.    Combine history, art and the sea for a full day of entertainment along the Cote d’Azur. 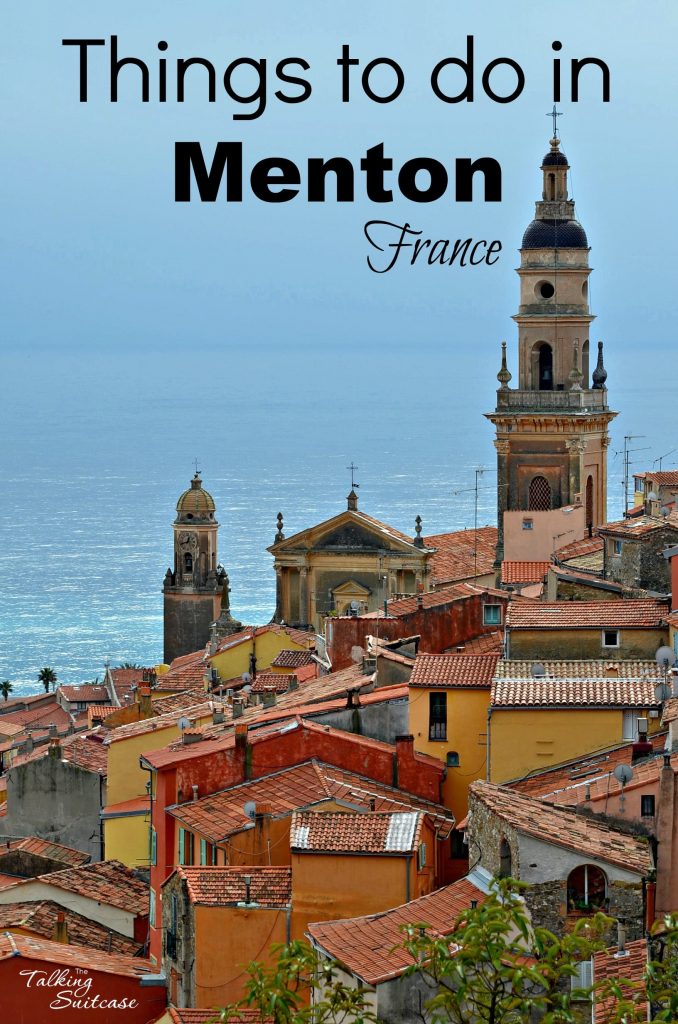